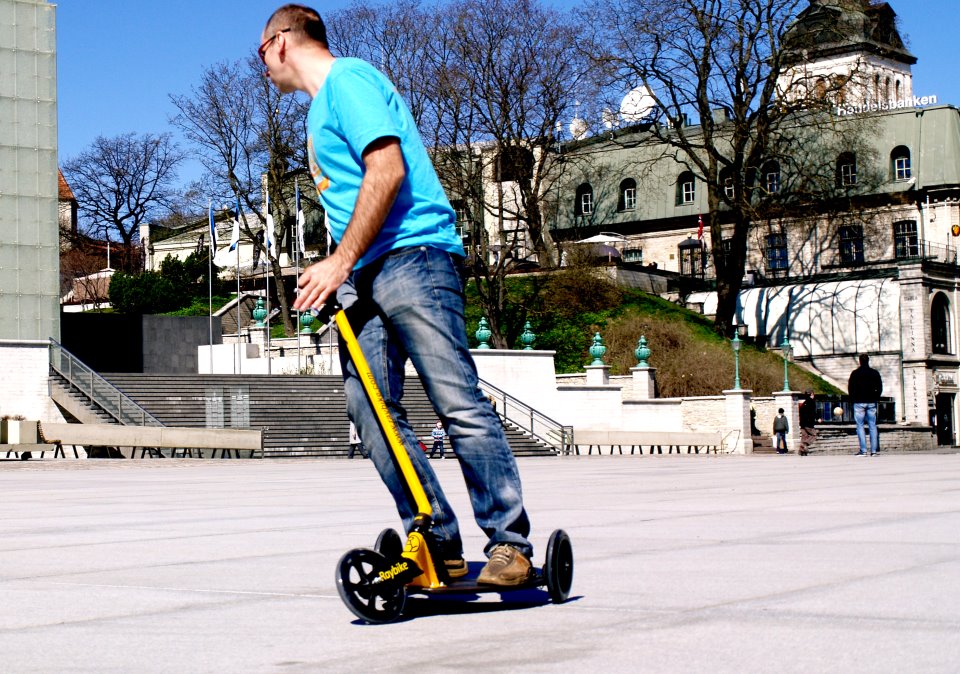 Here´s a beginnes guide on how to ride on Raybike (using just your own bodyweight)  if you´ve never ridden one before. The best way to learn to ride Raybike is to get on one and get the hang of the carving technique while practicing. Some people learn the technique within 3 minutes, for some it takes 15 mins of practice – all depends on the riders previous experiences.

Here I am going to go really into detail but in real life it takes you a few tries to get you going. If you prefer video tutorial, here´s one for you:

How To Ride Raybike Cruiser

Let´s start with some key points to remember before you start riding :

The riding itself is pretty straightforward:

Stand behind the  deck and hold the handlebar. Place one of your feet on the deck at the same time press down the handbrake. Now but on the other feet and try to stand on it while holding the brake and moving the handlebar from one side to another just to get You feel comfortable and secure before starting to move. Remember to stand upright, not tilting backwards. Try this a few times until you feel confident standing on it.

Release the handbrake and push slightly with one leg. Remember to do it from the rear end. To start carving just move your bodyweight from one leg to another and at the same time move the handlebar to the opposite side of where the pressure & bodyweight are being applied to .  For example turn the handlebar to the left while bringing your bodyweight on to your right leg and slightly push outwards without your foot being moved and then smoothly start turning the handlebar to the right while bringing the bodyweight to the left foot.  To be able to get even more velocity, push even more stronger outwards on the foot you have the bodyweight on. The bodyweight moving from one leg to another is very similar to the movement made skiing downhill or anyone who´s surfed is familiar with the carving technique.

Do it slowly first to get the feeling and you´ll be pretty soon cruising down the street by the help of your own bodyweight!  Can it be any simpler?  How cool is that 🙂

Get your Raybike here and join the Raybike World. Because we all need to move more. 🙂

Hey! Get In On The Good Stuff.

Get the latest news, videos and offers directly to your Inbox! Don’t miss out. Subscribe Now.